Are Fibroids the cause of your infertility

So, you found out you have a fibroid.

I first discovered I had fibroids when my cycle lasted twelve straight days. I was first diagnosed in September of 2016 right after my now husband purposed that February. I had just finished my cycle and my fiancé had surprised me with a romantic horseback ride through the Canyons.After riding for about an hour we stopped at a restaurant on the way home and something wasn’t right. I knew I had just finished seven-day menstrual cycle three days prior, so when I discovered I was bleeding again, I was Just thankful I still had tampons in my purse. I chopped it up to a tough horse ride earlier that afternoon but when the bleeding and cramping persisted for twelve more days, I knew something was seriously wrong. I made an appointment right away to see my OBGYN. I saw my Doctor that week and received a vaginal ultrasound which resulted in the diagnosis of Uterine fibroids. I was told it was very common and to watch and wait, however as my symptoms and menstrual pain grew so did the fibroids. In just a year and a half the small 2cm fibroids grew a little larger than the size of a lemon making my life miserable. Despite changing to a vegan diet, weight training five days a week, drinking beet juice, castor oil packs and every other natural remedy, under the sun, my symptoms persisted. The little monsters that took up residency in my uterus kept on growing. Now I call them monsters, but Uterine fibroids are named after their dense fibrous tissue.They are non-cancerous muscular tumors that form in the uterus of 70-80% of women.

There are several different types of fibroids, the type is determined by the location of the fibroid within the uterus.

·      Intramural fibroids, the most common, grow in the wall of the uterus.

·      Subserosal fibroids grow on the outside of the uterus.

The cause of fibroids is not yet known however according to a study by Circulating Sex Hormones and Risk of Uterine Fibroids: Studyof Women's Health Across the Nation (SWAN) it is linked to an over production of the estrogen hormone. Other risk factors for fibroid development include:

·       Heredity. If your mother or sister had fibroids,you're at increased risk of developing them.

·       Race. Black women are more likely to have fibroids than women of other racial groups. In addition, they're also likely to have more or larger fibroids.

·       Environmental factors. menstruation at an early age; use of birth control; obesity; a vitamin D deficiency; having a diet higher in red meat  increase risk of  fibroids.

The particular  fibroid that pained my existence was a submucosal  fibroid and finally elected to have  myomectomy  surgery  in 2018 after many attempts to conceive and a previous miscarriage. Now Fibroids do not usually interfere with fertility.However, submucosal fibroid could cause infertility and or miscarriage. After a successful Myomectomy in July of 2018 and waiting the recommended six-month healing period post operation, we were finally able to conceive in just two months of trying. Unfortunately, Fibroids in general may also raise the risk of certain pregnancy complications, such as placental abruption, fetal growth restriction and preterm delivery. During my entire treatment I made it clear that, I wanted to have children after surgery. Therefore, my doctor decided to leave one myoma in the birth canal alone, in order to not cause unnecessary harm or scar tissue to my uterus, that could potentially continue with infertility issues. It is a small fibroid, that did not cause any of my previous symptoms. I am still currently pregnant, and my fibroid story is still being told, prayerfully it is a successful one that helps you on your own journey to healing and motherhood. 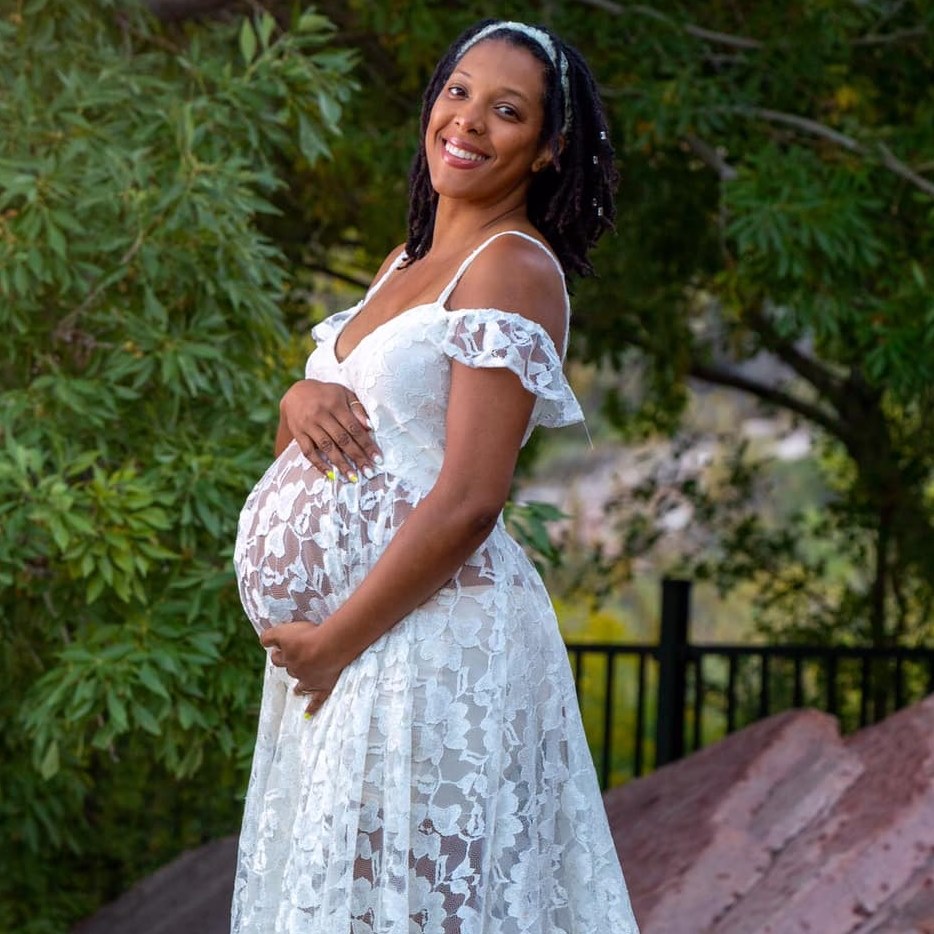 New Mom on a mission to improve and shed a positive vibes on of health, womanhood,and community. Motherhood has improved my understanding of womanhood and increased my passion to help other women who like me road to motherhood has been windy one. You are not alone and it is my goal to build a community of love, and empowerment to help each other, so no woman feels alone in the storms of life and motherhood.

Thank you! Your submission has been received!

Oops! Something went wrong while submitting the form